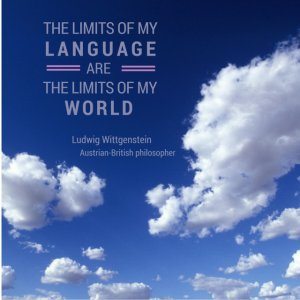 As a result of efforts like the General Agreement on Tariffs and Trade (GATT) and organizations like the World Trade Organization, economies across the globe are becoming increasingly intertwined as economic barriers continue to diminish. The Internet has fueled globalization by creating a cheaper, easier and faster means of communication, providing a pool of limitless information and advancing e-commerce. As a result, the international market isn’t so dependent on national borders anymore.

As economic globalization continues to grow, English is increasingly considered a core competency. A report by EF Education First states, “Around the world, companies are conducting more and more of their business in English. Those that are not may be lagging behind their competitors.” The report also states that English proficiency among adults is rising worldwide, and that high English proficiency correlates with the ease of doing business.

Furthermore, according to the Harvard Business Review, “More and more multinational companies are mandating English as the common corporate language – Airbus, Daimler-Chrysler, Fast Retailing, Nokia, Renault, Samsung, SAP, Technicolor, and Microsoft in Beijing, to name a few – in an attempt to facilitate communication and performance across geographically diverse functions and business endeavors.”

Given this evidence, it might seem that there is no need for software globalization. Surely, if English is key to business success, the burden is on the end user to learn English. The truth is that the rise of English proficiency among adults is far from uniform in all countries and all populations. According to the EF Education First report, “Asian countries have a wide range of proficiency levels, from high to very low, with dramatic progress alongside persistent stagnation.” Similarly, “Almost all countries in Latin America, the Middle East, and North Africa have low or very low English proficiency. Although a few countries are improving in these regions, most are not.”

While English is the global language of business, not all software users speak English. Not all speakers of English as a second language are able to use the language in their daily work. At the end user level, they may only know enough English to get by. This isn’t acceptable in the real world business environment where all users need to understand and use the software accurately and quickly.

Multinational companies want standardized solutions that can be used across their global locations. But if their end user employees are challenged by a language barrier, the efficiency of the operation suffers. IBM project managers Kenneth McKethan, Jr. and Graciela White wrote, “Software that is available in the user’s own language and runs on a localized operating system provides a great convenience to the user and represents a huge competitive advantage. Given the predominance of languages other than English, it just makes good business sense to address those markets.”

At TrackAbout, global opportunities are one of the keys to our success. At the time of this article, TrackAbout software is used in 16 countries – Australia, Bahamas, Belgium, Brazil, Canada, China, Czech Republic, Greece, Malaysia, Mexico, Qatar, Singapore, South Africa, Thailand, Turkey and the United States – and is available in 11 languages – Chinese (simplified), Czech, Dutch, English, French, German, Greek, Italian, Portuguese (Brazil), Spanish (Mexico) and Turkish. Our software is localized for ease of use for the end user by conforming to local accounting principles, currency, date and time formatting, etc. In 2014, we welcomed our first partner in Western Europe. Reverse IT is an IT service provider and mobile computing hardware specialist, based in Emmen, Netherlands.

TrackAbout is the proven asset tracking software solution for companies with international ambitions and multinational requirements. If you’re doing business solely in the United States, you might think this is irrelevant as it may appear to have little impact on your daily operations. We ask you to think again.

Immigrant workers and their children will account for virtually all of the growth in the U.S. labor force in the coming decades, and most of them will have limited English skills. According to the Metropolitan Policy Program, nearly one in 10 working-age U.S. adults (that’s 19.2 million people between the ages of 16 and 64) is considered limited English proficient (LEP). Two-thirds of this population speaks Spanish. “English proficiency is a strong predictor of economic standing among immigrants regardless of the amount of education they have attained, and it is associated with the greater academic and economic success of the workers’ children. Conversely, limited English proficiency represents a loss of productivity that results in not only lower wages, but also lower tax revenues and consumer spending for local areas.”

When evaluating your asset tracking requirements and software vendors, don’t overlook the impact that language barriers can have in growing your business. As you expand to new markets or geographies, increase capacity or manage new business units, you need flexible software designed for growth and the global economy. TrackAbout offers a multilingual solution that is validated by some of the world’s largest enterprises.